Athletes of every background all share one common drive, improve performance, reduce fat, increase muscle size and recover quickly. The insatiable quest to improve performance and be better than you were yesterday keeps the athlete hungry for aids to help feed and fuel their desires. Some athletes turn to herbs because they believe they may help with improving their athletic performance.

Ginseng is a general name given to the plant genus Panax. Panax ginseng is commonly known as Chinese ginseng. It seems to be the one that is chosen most often. It comes in many forms, such as teas, root extracts, powders, and whole roots. Reports have shown that ginseng does not lead to any positive test results on the banned substances list when their urine is tested. This would be a big attraction for the athlete in tested events.

Many studies have shown that Panax ginseng has ergogenic properties that may help improve physical and mental performance. These studies do reveal that dosing and duration of dosing are critical.

Adequate dosages are 200 mg plus a day for 8 weeks or more duration. None of these studies have proven any toxicity levels in animals.

Ginseng has been shown to have a stimulant effect which thus could improve alertness and help with fatigue and stress that athletes experience. It has also been shown to possess antioxidant qualities and for the athlete, this alone is a huge benefit.

Ginseng has been the most studied herb for human physical performance. The results of these numerous studies are controversial at best. Some studies show positive results on athletic performance while others show no substantial changes. One study performed to evaluate the effects of acute supplementation of Panax ginseng on endurance running in hot and humid environment  concluded that endurance running time to exhaustion did not differ with placebo and ginseng subjects, nor did it have any effect on heart rate, skin temperature, core body temperature, oxygen uptake, RPE, glucose, and lactate levels during the endurance exercise. One interesting thing to note however that is the dosage of 200 mg Panax ginseng was administered in a single does one hour prior to the experimental trial. Thus showing that Panax ginseng given as a single does one hour prior to exercise does not show a significant effect on athletic performance.  Another study showing no significant effects was one of 11 marathon runners given a daily does of 2,000 mg of ginseng for a 4 week period. The study results showed no significant changes in glucose, lactate, free fatty acids, glycerol, insulin, cortisol, and growth hormone. A third study done by Youl Kang, Hwan Kim, Jun Lee, and Byrne in 2002 studied the anabolic effects of ginseng ingestion on growth hormone, testosterone, cortisol and insulin like growth factor-1 to acute resistance exercise in 8 male college students. They were administered 20 g of Korean red ginseng root extract or water immediately after standardized exercises bouts. Blood samples were obtained at the 15, 30, 60, and 120 minutes after exercise. The response of plasma hormones did not differ at any significant level after treatments. These results do not support the use of ginseng to promote anabolic hormonal status after resistance exercise.

There are some favorable studies to show support for Panax ginseng use in the athlete. Study reference Forgo, 1983 done on 30 elite athletes aging from 19-31 years old given 200 mg ginseng over a 9 week duration showed improve oxygen uptake, maximal breathing capacity, reduced lactate production and heart rate, but not significant for serum LH, testosterone, and cortisol.  Another study Forgo, 1983 of 30 subjects on some elite young athletes given 200 mg of standardized extract, 4 % or 7 % ginsenoside content over a 9 week study. Results were as followed, improved aerobic capacity, reduced lactate production, and heart rate. No significant difference between 4% and 7 % ginsenoside content.  One last favorable study done was Dorling 1980 on 60 subjects ranging from 22 to 80 years old given ginseng but no dose noted over a 12 week study. The effects were improved visual and auditory reaction times, post exercise recovery and alertness.

All of these controversies are surrounded around, different doses, duration of doses, duration of the study,  as well as how the dose was administered. Some of these studies have been done on elderly, non-athletic and sickly subjects. This makes it tough to determine if those positive changes seen in such subjects would be fair to apply to an athlete. A large contributing factor to the debate of ginseng’s performance enhancement ability for the athlete could also be its lack of being regulated. Dietary supplements are not subject to the same regulations that pharmaceuticals are. You may get what you pay for and certainly want to make sure you are buying a good quality product.

The conclusion that I draw from my reviews of some scientific journals on the effects that ginseng has on athletic performance leave me optimistically curious. Although some studies show positive results and some studies show negative, it is clear that ginseng use does not show any ill effect on toxicity in a controlled does of 200mg a day, nor does it show to lead to any positive test results on urine testing for banned substances in tested events. It has been shown to have a stimulant effect which can enhance alertness while also helping with fatigue and stress. For an athlete, this is a win/win combination. Ginseng has also been proven to have antioxidant qualities which are beneficial for any athlete given that exercise is considered very stressful on the body and antioxidants are known as the free radical scavengers in the body. Ginseng has long been used by athletes for its performance enhancing benefits, and is proven to not be toxic in controlled dosages of 200mg daily over 8 weeks or more duration. I leave it to the individual athlete to decide whether or not to add this to their supplemental regime. If it does not hurt you, why not give it a try. As with any supplementation regime, contact your doctor prior to implementation.

Be The Best Version of You. 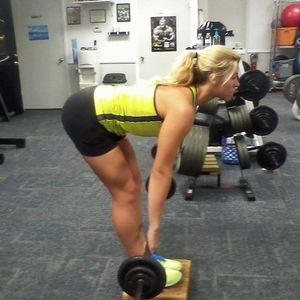 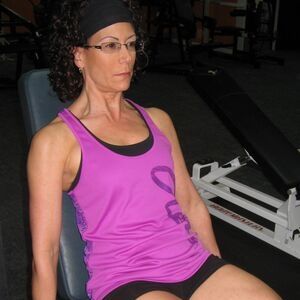